Sunday, 14 August 2022
You are here: Home Men’s Fashion: The Allure of Cologne 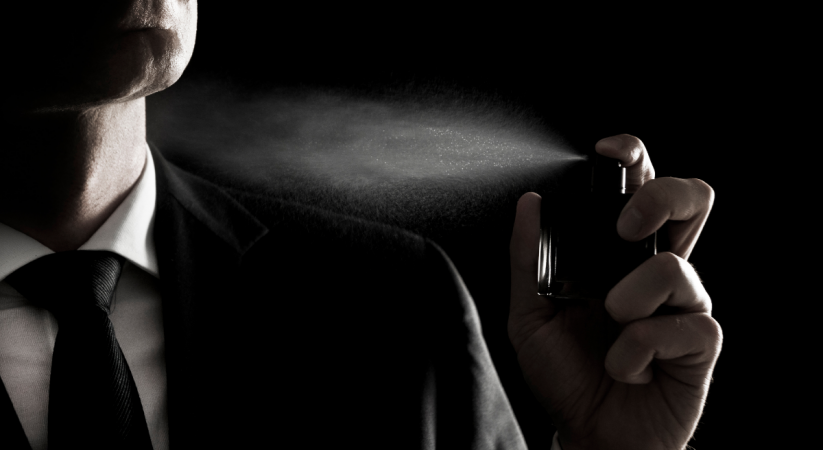 Almost every man has at least one bottle of cologne, and almost every woman at one time or another has given the gift of cologne to a man. What is so special about a small bottle of scented liquid that has made it a thoughtful gift for centuries? Is it a means to attract the opposite sex? Is it simply a matter of “smelling good” or masking offensive odors? Or is there a deeper allure behind cologne?

As a man who has more than his fair share of cologne (I even keep a bottle in the glovebox of both of my cars), I’ve often wondered about the reason guys insist upon scenting themselves. I am convinced that it has less to do about sexual attraction than it does with a man’s quest for identity. That’s right, I’m about to delve into the rarely explored depths of masculine olfactory psychology.

For most males, our first encounter with fragrance typically occurs in the junior high years when we experiment with our father’s Old Spice aftershave. In the following years, we often accumulate a wide variety of colognes and aftershaves, which we try on in the hopes of finding one that works. This coincides with experimentation in other areas, such as alcohol, sex, drugs, and even different styles of music and haircuts, and clothing. It is the age of self-discovery, and by the time a man reaches his 20s, he should have his “trademark” scent established.

This is important for women to realize. If a man doesn’t have one signature cologne by the time he’s an adult, he has not “found himself” as a person and you should avoid him like the plague unless you want to be played like a fiddle.

Why is finding the right scent so important? Well, for starters, it lends us our identity, serving as a personal trademark. Take my “trademark” scent, for instance, Black by Kenneth Cole. Are there better scents out there? Probably. But I’ll never find out because everyone knows that when they smell that particular scent, I’m around. The scent has become synonymous with me as a person, and to change it after so many years would be like trying to re-invent myself.